The question of democracy in Rwanda is a really difficult one.

“The first reason it’s a difficult question is that there’s a memory in this country of multi-party democracy in the early 1990s which opened up a space in which very extremist voices were heard, and extremist political parties emerged, and those things were contributing factors to the genocide in 1994. So there are real historical concerns about the impact that a very wide open political space can have, and I think those concerns are genuine.

“Secondly, there’s a sense in Rwanda that, in recovering from the genocide, the country needed a very strong government. That what was paramount in Rwanda was stability, predictability, a government that was able to maintain cohesion within its own ranks and to deliver material benefits to its own population. For a long time after the genocide in Rwanda there was a sense that a single party was best equipped to deliver those goods.

“The challenge for the government is to allow a degree of political competition that best meets the needs of the population, but that doesn’t lead to extremist voices coming back in”.

“Now, nineteen years after the genocide I think there are legitimate questions about when Rwanda will transition to a more open political space. I think Rwanda is at a stage now where stability has been achieved, where a high degree of development has been achieved. The challenge for the government as I see it is to allow a degree of political competition that best meets the needs of the population, but that doesn’t lead to extremist voices coming back in. 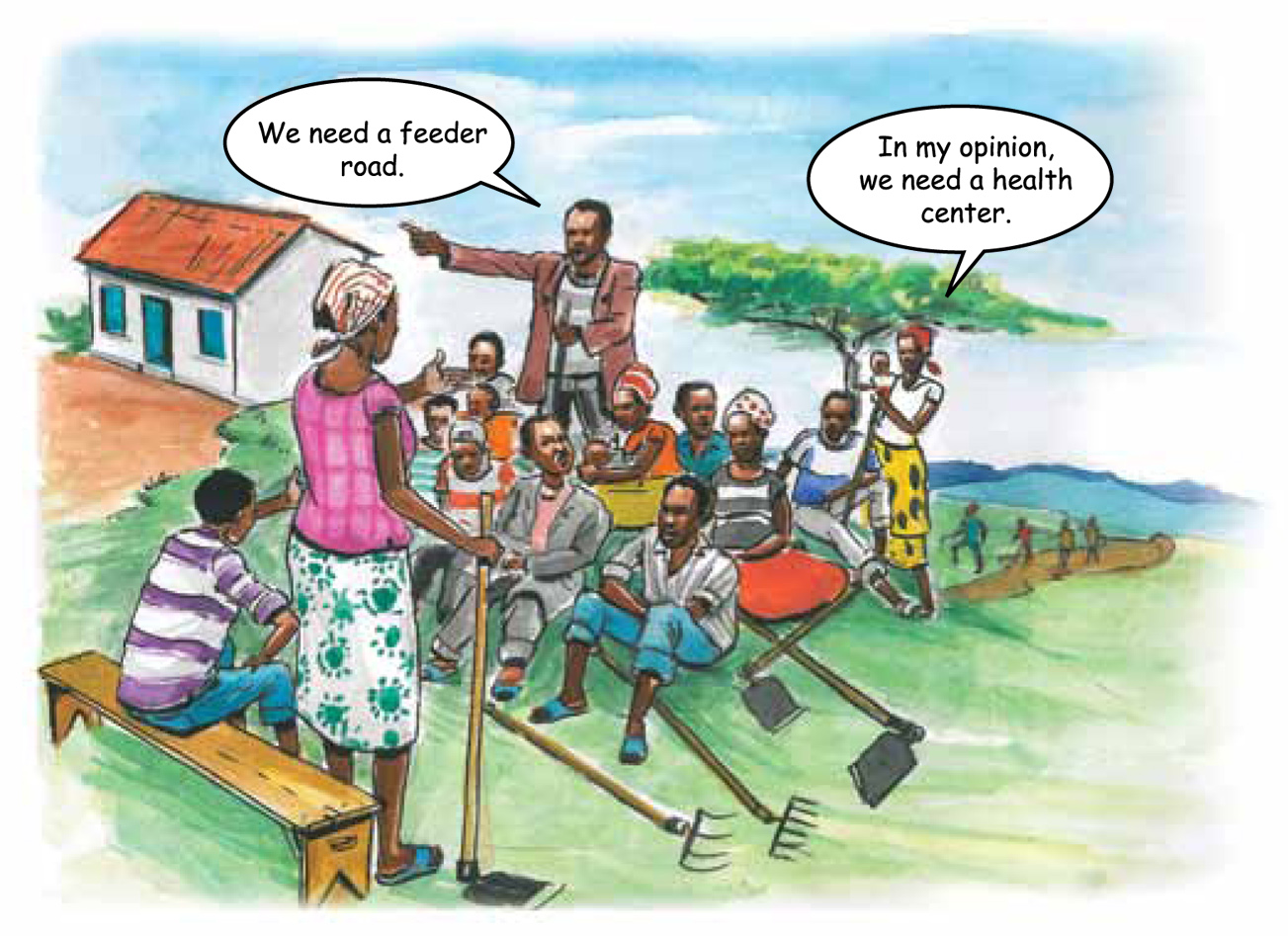 Illustration by Augustin Habimana from ‘The National Budget. A citizen’s guide 2013-2014’ published by MINECOFIN, Republic of Rwanda.

“That’s the tension in Rwandan politics today. How does the country begin to open up? How does it increase the freedom of the population? How does it give people a political voice which they may not have had fully to date, while at the same time putting in place limits that ensure that violent, destructive politics doesn’t return to Rwanda? That’s a very difficult balancing act, it’s a very difficult scenario, and it’s very easy for outside critics to look at Rwanda and say it’s authoritarian, it’s undemocratic, it should open the political space wide open. That I think is neglecting the reality of history in this country. It’s a very easy thing to say. It simply wants to ignore the potential pitfalls that a wide open political space might have.

“By the same token I think there is a need to begin to democratise much more here. My sense is that the government is beginning to do this in its own way, and many of its democratic moves, many of its legislative changes, many of its reforms, for example in the area of the media and freedom of speech have often been ignored in the west. There are some important developments there, but my sense is that it has to go further. It may not happen according to the timetable of outside critics, but it does need to happen.”

Phil Clark is Lecturer in Comparative and International Politics at the University of London. He is a political scientist specialising in conflict and post-conflict issues in Africa. His work also explores the theory and practice of transitional justice, with particular emphasis on community-based approaches to accountability and reconciliation and the law and politics of the International Criminal Court. Previously he was a  co-founder and convenor of Oxford Transitional Justice Research.

We caught up with him recently in Kigali.