RwandanStories > arts and culture > LoveRadio: episodes of love and hate

April 4, 2014 In arts and culture, daily life, legacy of genocide

Love Radio is a trans-media web documentary which explores the thin line between fact and fiction.

Using film, photography, audio, text and archive material, it tells the story of the popular radio soap Musekeweya (New Dawn). Musekeweya was launched in 2004 by the Dutch NGO Radio La Benevolencija. The soap applied the theories put forward by American psychologist Ervin Staub on the origins of genocide and violence, and its makers had the idealistic hope that it would contribute to healing the wounds inflicted by genocide and prevent future outbreaks of violence.

On the same frequency that in 1994 incited the murder of the Tutsi inyenzi (cockroaches), it broadcast a message of reconciliation. The soap became immensely popular, with millions tuning in to the weekly episodes. 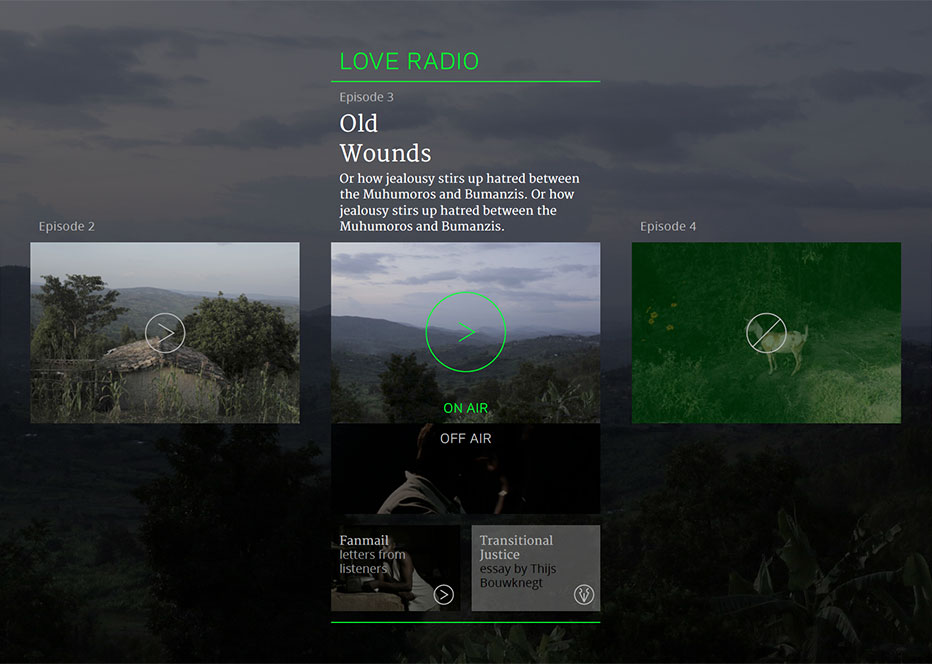 Using fragments from the soap, portraits of the creators, fan mail from listeners and images of the magical ‘guilty’ landscape, Love Radio raises important questions. Can fiction really lead to reconciliation? In a post-genocide society, what does reconciliation really mean?

Itself like a soap, Love Radio unfolds in episodes, with its own characters, plot-lines and cliff-hangers. it gradually becomes clear that ‘the truth’ does not exist – only different versions of reality. 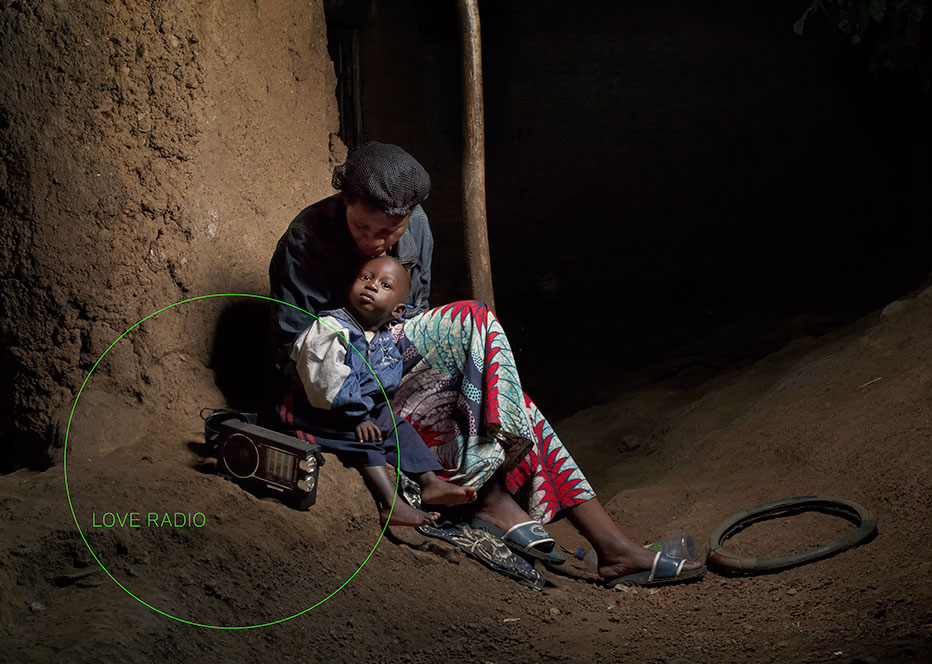 Web documentary:  from 7 April 2014, seven eight-minute episodes will be added every two weeks to www.loveradio-rwanda.org