Beneath a star-filled African sky, crowds of city dwellers and rural farmers gather before a giant inflatable screen.

It’s movie night in Rwanda and thousands have come to see films selected in this year’s Rwanda Film Festival.

Now the country’s artists – writers, directors and actors – are telling their own stories on their own terms. This year marks the seventh annual film festival in Rwanda and the 2011 selection offers a range and calibre of films well beyond previous choices.

Films selected include Kinyarwanda, a 2011 Sundance audience-award winner, which tells the story of a respected Muslim leader who issued a fatwa forbidding Muslims from participating in the killing of the Tutsis as the country became a slaughterhouse, and Grey Matter, a member of whose cast won best actor in a narrative feature at Tribeca, about a young, traumatised African filmmaker on the brink of directing his first project when reality blurs and scenes from the script begin to materialise. Both these films were made in Rwanda and the festival featured other titles from around Africa.

A family road film, Africa United, departs from the theme of genocide. Instead the film, based on a story by leading Rwandan filmmaker and festival chairman Eric Kabera follows three youngsters as they walk from Rwanda to South Africa to attend the World Cup. “Our festival stands out on the African continent and internationally,” said Kabera. “When kids see this giant inflatable screen blow up and the images projected on it, they feel both entertained and empowered.” 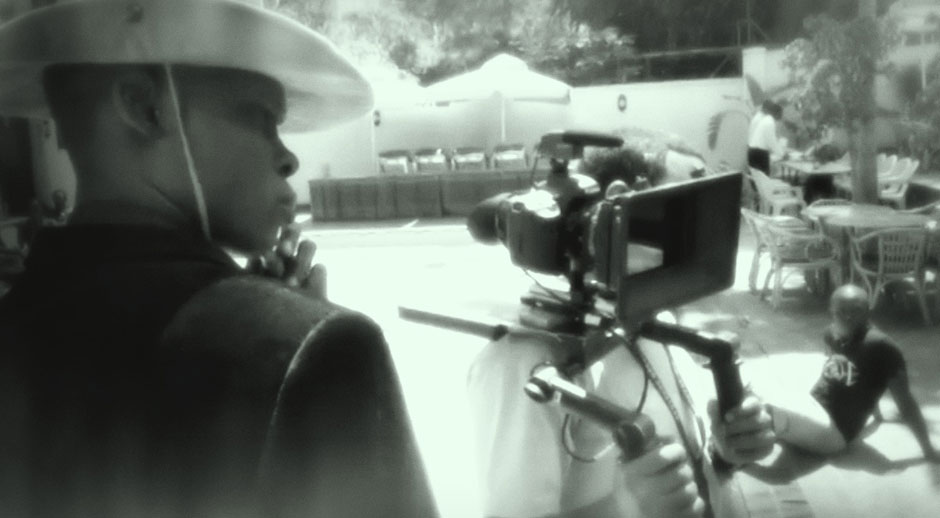 In 2011, the budding Rwandan film industry and the Rwanda Film Festival (or Hillywood Film Festival as it is also called) have pushed the outreach envelope, extending a hand to the Western world. This month Rwandan artists enjoyed a weeklong visit from the Academy of Motion Picture Arts and Sciences’ International Outreach program with film classes taught by a handful of former nominees including acting classes with True Blood’s Alfred Woodard and a film production series led by John Bailey (Groundhog Day) and Phil Alden Robinson (Field of Dreams) among others.

The paradox of Rwanda’s bloody past combined with its current transformation wasn’t lost on the visitors. “Rwanda is so physically beautiful and lush,” said Robinson, “As we traveled around the countryside in areas that saw a lot of the genocide, it’s impossible for us to picture those events happening in these places.”

Meanwhile, a crew of festival technicians has taken their portable projector and screen on the road, reaching some of the most remote areas – and most marginalised people – in Rwanda. Even refugees – living in exile in Rwanda – have a place on the festival guest list.

“There is no shortage of stories waiting to be told in Rwanda and even the poorest people deserve to be heard and to tell their stories in their own words.”

The road to the isolated Kiziba Refugee Camp is a steep and 10-mile climb over sharp stones and through clouds of dust. Throngs of giddy children surround the sun-baked, slow-moving vehicles as they enter the campgrounds. The majority of the 18,000 people living in Kiziba Camp are Congolese Tutsi who fled fighting in the Democratic Republic of Congo.

Many have called this place home for more than 15 years; many more were born here. With camp access tightly controlled by the government, visitors are not common. A crew of technicians showing a film is an extraordinary event.

Hundreds of camp residents pack into a steamy, tin-roofed assembly room. Like the rest of the camp, the hall has no regular electricity so conversations continue and no one seems to notice when the doors close and the room goes black. But the room is silent and the audience spellbound when the screen lights up with the projected image of “Africa United” protagonist, Dudu, who starts the film by giving a lecture on HIV prevention – while demonstrating how to make an improvised soccer ball with a condom.

“Be safe-sexing!” Dudu advises as the crowd of somber refugees breaks into laughter.

“We need more ways to express ourselves,” said Ishmael Ntihabose, producer of Kinyarwanda. “There is no shortage of stories waiting to be told in Rwanda and even the poorest people deserve to be heard and to tell their stories in their own words.”